We are in the middle of the winter season when we crave all the hot and warm beverages.in India, nothing matters than a cup of hot tea with some snacks to go along with it. We all love Adrak wali chai, Jaggery wali chai, Masala chai, etc. The love for tea is so much that sometimes we don’t realize the number of cups that we consume in a day in the winter season. Did you ever realized how much caffeine is going into your body having so many cups of tea? Having too many cups of tea in a negative manner. Get to know why you must have a limit the number of cups in a day.

Many of you might not have realized this, but drinking more than 2-3 cups of tea can give you constipation. Tea is loaded with Theophylline, which is a chemical that can lead to dehydration effect during digestion, which can cause constipation in your body. This is for those, who believe that early morning tea helps them have a clear bowel movement, which is completely the opposite.

Let’s accept it, caffeine is a mood-enhancing drug and this is why we either feel relaxed after a cup of hot tea. However, when we consume too much caffeine, it can lead to heart palpitations, restlessness and sleep disruption. All this can lead to anxiety in a person.

It has been argued many times that one should not consume tea first thing in the morning, as that can lead to a huge acidity in the body. The same goes when you consume more than 2-3 cups of tea in the whole day. Too much caffeine in the day can produce stomach acid, which can give you nightmares.

This is especially for men, as research has shown that men who are heavy tea drinkers may be at higher risk for prostate cancer than those who don’t. 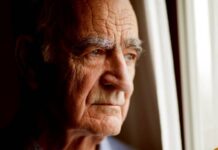 Don’t ignore these signs of depression in elderly Your Height can be an indication of your cancer risk! Are you going through Anxiety disorder? Don’t ignore symptoms