Rohit Sharma took on Australian bowlers in the second T20I after rain effected the game. Both the sides agreed to play a shorten 8 overs match for fans of Nagpur who have been patiently waiting to see some action.

Australia had to bat first as India won the toss and decided to field first. Aaron Finch went after Indian bowlers and scored 31 runs off 15 balls. Jasprit Bumrah returned to play in this match in the place of Bhuvaneshwar Kumar.

He got Finch at the right time with a stunning yorker. But he also couldn’t stop Matthew Wade’s aggression and Wade helped the Aussies to post 90/5 on board in their 8 overs. He scored 43 out off 20 balls. Rest of the batsmen did not shine much.

India started chase with KL Rahul and Rohit Sharma going after the bowlers. Rohit scored 2 sixes against Josh Hazlewood, Rahul joined the party with one six and the bowler gave away 20 runs in his only over and first one of the innings. The momentum has been set by this first over.

Even though India lost KL Rahul and Virat Kohli, Suryakumar Yadav to Adam Zampa for low scores, it always looked like chasing down the target. Rohit kept finding boundaries and clearing them consistently. Hardik Pandya slightly struggled against spinners but India managed to be in the chase.

In the final over of the match, finisher Dinesh Karthik hit one six and one four to finish the game in India’s favour. India scored 92/4 in 7.2 overs. Rohit remained not out on 46 runs from 20 balls.

Among Indian bowlers, Axar Patel again bowled miserly spell by giving away only 13 runs in his 2 overs and took 2 wickets too. Harshal Patel disappointed again with 2-0-32-0 figures. Indian cricketers thanked Nagpur fans for being patient and supportive. India leveled the series of 3 T20Is. India will play Australia on Sunday for third T20I at Hyderabad. 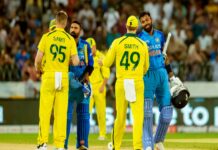 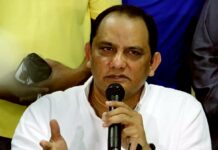 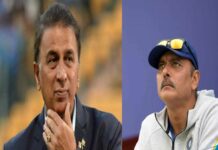