Lionel Messi announced his retirement from International and even club Football career post Qatar World Cup that starts from November 20th, this year. Messi stated that this would be his last for sure in his recent interview. Lionel Messi said,”It’s my last World Cup, surely. I feel good physically, I was able to do a very good pre-season this year, which I couldn’t do last year. It was essential to get to where I am, with a good state of mind and a lot of hope”.

Lionel Messi pulled off huge victories for Barcelona and miracle goals for the club to earn this reputation of current generation greats. But Lionel Messi feels Argentina team has not been able to win World Cup or Copa America finals for long time despite being one of the favorites and hence, he doesn’t consider them as favorite this year.

Lionel Messi fans would be hoping that he and his team will win the World Cup at least as a send-off gift for their favorite and legend of the game. Messi is 35 years old and he feels he is unable to give enough time to his family with busy schedules.

Well, try to catch up on Indian Stock Markets Update as well. 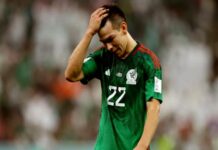 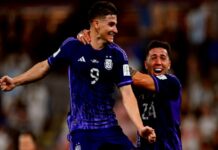