Imran Khan, ex-cricketer turned politician and Pakistan Legend, dreamt about winning Pakistan a Cricket World Cup as captain and he achieved it in 1992 in Australia, against all odds. Later, he started a political party, PTI (Pakistan Tehreek-e-Insaf) and informed to media that he one day dreams to run the Nation as Prime Minister and President. Many did not believe Imran Khan, but he emerged as winner in 2018 General Elections. He ran the government till April, 2022.

Imran Khan had been forced to resign after he lost No Confidence Motion, in April and then asked his party representatives to resign as well. Recently, by-elections have been held for those constituencies and his party fought from eight seats. Imran Khan, himself contested in seven and won in six places. Well, this is a clear mandate from Pakistan public in favor of the ex-cricket legend.

Imran Khan has decided use this as a weapon to force the government to go for early elections. He has to resign from at least 5 of the seats and he might ask Election Commission and government to conduct early Parliament elections to not put more pressure on already grappling economy. But Imran Khan’s party and himself have been in legal pickle, in illegal funds case.

Election Commission has registered a case on the party for receiving illegal funds from foreigners and Imran Khan is also facing similar charges for receiving funds from UAE based Abraaj Group founder Arif Naqvi. If Pakistan Supreme Court convicts Party and Imran Khan then they can be forever be banned from contesting in elections and also charged with criminal conviction. With this people’s mandate, Imran Khan has put everyone in great pickle for sure. 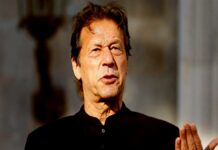 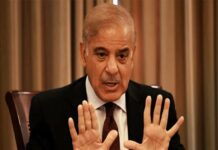 Pak PM Shahbaz Sharif “ready” to sell off his clothes!