Karanataka Seer and pontiff of Chitradurga math, belonging to Lingayat Community, Shivamurthy Murugha Sharanaru has been arrested by Police after two minor girls alleged that the seer has molested and sexually abused them for two years, at his ashram. The girls have reported rape by seer and stated some unbelievable facts. Shivamurthy Murugha and his followers used to drug them and then rape them.

Now, 15 more girls belonging to ashram have come forward with same accusations. Shivamurthy Murugha used to give them a prasad and after they have been found unconscious, he and his followers used to rape them, sexually abuse them for years. The accusations haven’t been proved but Karnataka Police are continuing their investigation. Former Chief Minister, BS Yediyurappa called Shivamurthy Murugha as an unpardonable criminal and asked for very strict punishment.

On the other hand, CM Basavraj Bommai said that the law will follow its course. Karnataka Police have registered FIR under POSCO Act and SC/SC atrocities section. Shivamurthy Murugha has many high profile followers and people worry he might get a pass from law with his connections. Well, this brings to our mind Bobby Deol’s Ashram web-series, doesn’t it? 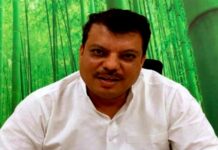 MLA Umang Singhar charged on rape allegations by his “wife” 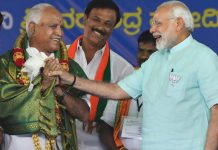 “No words will ever do justice to the contribution of BS Yediyurappa towards the party,”-Modi 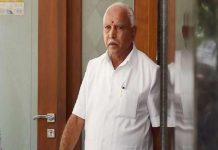 ‘No pressure from BJP high command to resign’- BS Yediyurappa