Hanuman is one of the most beloved gods in Hindu Mythology. He is believed to possess eight Siddhis and Nava Nidhis granted by Lord Rama and Sita, respectively, as a reward for his services and benevolence, spirit. Now, Awe director Prashant Varma, is coming up with a Pan-India super hero film, Hanu-Man, using the God’s name and re-imagining him as an inspiration for the rise of a desi Super-Hero.

Comic book movies have become the new norm in Hollywood and Prashant Varma has the distinction of making first Zombie film in Telugu, Zombie Reddy. Now, the director wants to bring Hanu-Man to big screens with Teja Sajja, his Zombie Reddy hero. Amrita Aiyer, Varalaxmi Sarathkumar, Vinay Rai have been cast in the film for lead roles alongside Teja Sajja. Hanu-Man will showcase how a literal nobody can raise to become a super-hero with the help of God, awakening his inner strength.

K. Niranjan Reddy is producing the film on Primeshow Entertainment and Smt. Chaitanya is presenting the film. Hanu-Man teaser will be unveiled on 15th November in all Indian languages. A poster has been released by the team to mark the announcement and on it we can see Teja Sajja in get-up and making noise with a Conch Shell, almost as if, he is ready for the battle. Hanu-Man team seems to be ready to unveil what they have in the offing to the world, symbolically.

Anushka Shetty’s first look from her next is here. 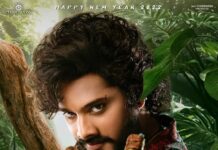 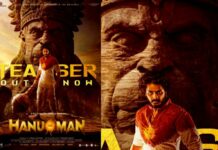 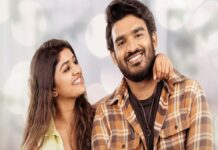