Avatar film became a huge sensation globally and became the highest box office collector crossing Titanic’s monstrous record. After 13 years, James Cameron has decided to bring the sequel for his film as Avatar The Way of Water. The original couple from the first one have become parents now and their kids experience close relation with the nature. The family realises they have a fight to do to survive with water being the pertinent danger. Will Avatar have humans this time around as villains or not, has to be seen.

Avatar became a huge blockbuster as it gave a great visual experience to audiences by taking everyone to Pandora. Even though it showed humans as villains and some as heroes, many liked the themes like natural conservation and growing human greed have made a strong connection with all the viewers. This time Avatar sequel might touch the topics like water conservation and co-habitation along side the topics that worked in the first one.

Story also seems to have taken a leap of 13-15 years with children becoming major cast along with the original stars. James Cameron has become synonymous with blockbuster films as he delivered Terminator series, Titanic and Avatar. For Avatar films, he continued to wait for the technology to evolve and give the visual experience, he envisioned. He did the same with Terminator films and even Titanic as well.

For Avatar The Way of Water, he needed Visual Effects to create believable water world and enhance 3D experience too. Avatar The Way of Water trailer has become a trending topic all over the world and it hit 2.6 Million views in 4 hours and garnered 307k likes too. The movie is going to release on 16th December, 2022 and it might enjoy solo weekend release all over the world as many films don’t want to compete with it.

Here, you can watch the trailer of Avatar The Way of Water 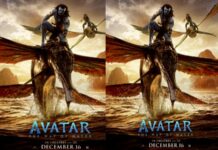 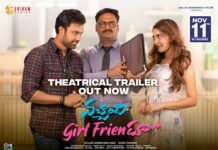 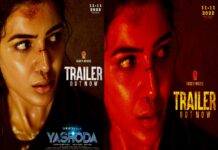