Anjali, known for her cute and bold performances in films like Seethamma Vaktilo Srimalle Chettu, Journey, Geethanjali has decided to enter into OTT space. Anjali acted in Nishabdam movie recently and appeared in famous “Raanu Raanu antune chinnado” song too. Anjali is coming up with an action thriller, Jhansi.

Anjali is seen in an action-packed role in this movie and trailer of the film has been unveiled on social media platforms, recently. In the film, her character doesn’t remember her past, but her enemies continue to haunt her. What happened to her in the past? How does it affect her family? Along with high voltage drama, Anjali performed few high octane stunts and they are highlighted in the trailer. The background score is pulsating and visuals are arresting, engaging.

Chandini Chowdary, Adarsh Balakrishna, Raj Arun, Samyukta Hornad, and others are seen in important roles along with Anjali. The premise is highly interesting and cast is filled with young and upcoming talents of Telugu Cinema. Jhansi film is a Disney+ Hotstar Special and it will stream, exclusively, on the platform from the 27th of October. 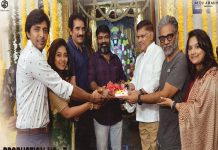 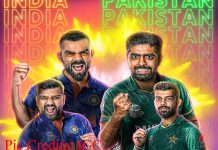 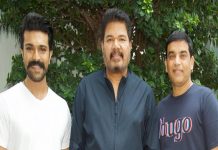 An exciting buzz is doing rounds over RC 15!