Ajith Kumar has become Thala for his fans in Tamil Cinema and he asked them to call him AK and not Thala. He came up with Thunivu movie for Pongal on 11th January, 2023 clashing with Vijay Varisu. The movie is racing towards US$ 1 Million from North America, a first for Ajith Kumar film, in the territory. At maximum number of markets, Vijay has overtaken Ajith Kumar in recent years, but Thunivu showed that he has audiences support for an interesting film.

H. Vinoth made Nerkonda Paarvai, Valimai with Ajith Kumar, earlier and he has decided to make Thunivu, as their third collaboration. Movie had Ajith Kumar playing a care-free thief who decides to do a bank heist to show the real heist that few Banks conduct daily, under broad day light. He did Michael Jackson steps and played a variation of his cult character, Vinayak Mahadevan from Mankatha.

The film got mixed reviews from critics but everyone praised performance of Ajith Kumar. Thunivu collected more on first day over Varisu in Tamil Nadu and several Overseas markets as well. After Pongal festival is over, filmmakers are planning to announce the collections openly, say sources. Trade experts and trackers have suggested that Thunivu is performing better at various markets than Valimai for Ajith Kumar and team. The Overseas distributor of the film, Lyca Productions is gearing up to start AK62 in few months and the Vignesh Shivn directorial OTT rights are already sold to Netflix. 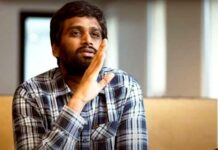 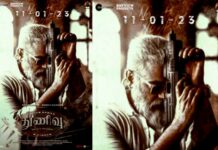 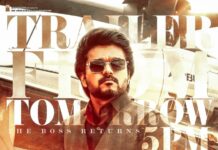