Nagula Chavithi is considered as an auspicious day to perform the Naga Puja, the ritual of worshipping snakes. This day is observed on the fourth day after Amavasya during the Hindu month of Kartika Masam. On this day of Nagula Chavithi, snakes are being workshipped. It is mainly observed by the married women who pray for the well being of their childres. On this day women observe fast and offer prayers to the Snake God.

Several gods are associated with snakes. Lord Shiva is also known as naga Bhusha and portrayed with a snake wrapped around his neck. Lord Ganesh is also referrers to as Naga Swarupa.Workshiping snakes is an important part of Hindu culture it holds the Hindu significance. Nagula chavithi is mainly celebrated in Andhra Pradesh and Karnataka in a big way. During Nagula Chavithi,Ashtanga is worshipped with milk, dry fruits and some eggs. They offer Naivedhayam-Sesame laddus, a dish made out of sesame seeds with jaggery are made to the snake.

They perform puja with flowers, cow milk, turmeric, kukum, bananas and rice flour.Workshiping the snake pit gains the blessings of the god, and brings harmony and prosperity in the family. People who are suffering from anxiety, depression, panic attacks, digestive system related problems, must perform Nag devta Puja to get rid of this problem. 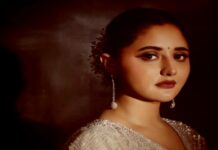