US and Canada have been under huge piles of snow cover during the Christmas weekend. Snow blizzard or snow blast has covered almost entire Buffalo in New York under snow with cattle and families stuck under piles and piles of snow for days together. This is said to be the biggest Snow Blizzard since 1977 to strike US and Canada. The temperatures have dropped below 0 at most places and states have asked people to not come out. Great Lakes or most commonly known as Niagara Falls have frozen earlier than they normally do, during the winter season, due to this snow blizzard.

Snow blizzard has unearthed major horror and created havoc on many people. Air travelers majorly had to suffer on Tuesday, as well. The number of deaths due to the snow blizzard have been accounted to 60 and the count is expected to rise. Families have been reportedly stuck under piles of snow and disaster management teams are working tirelessly to uncover more people from under the snow.

Buffalo, New York has been majorly affected by this snow blizzard. Kathy Hochul, New York Governor, has called Buffalo county as war zone and said that they are working to minimalize the affects aftermath the snow blizzard of the century. Most of the areas have been rendered as inaccessible to ambulances and immediate medical helpers due to the snow blizzard and snow cover. Well, as the days progress and snow melts, more bad news is awaited to uncover.

Prabhas Unstoppable with NBK S2 episode is cut as Baahubali movie. Know more about it. 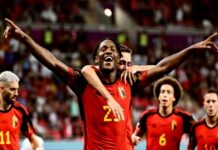