Kuldeep Yadav did not let the tail wag around much after the top order collapse. Washington Sundar and Shahbaz Ahmed took 2 wickets each. Indian Spinners domination made sure that SA get all-out for 99 runs in 27.1 overs, in the all important series decider. Indian batsmen started the chase of 100 runs in style and completed it by losing 3 wickets in 19.1 overs.

Shubhman Gill made 49 runs and missed out on deserving 50. Shreyas Iyer continued his form by making 28 runs from 23 balls. Shikhar Dhawan missed out by getting run out and Ishan Kishan fell for Fortuin ball as caught behind. Lungi Ngidi managed to go past the defenses of Shubhman Gill.

Shreyas Iyer has finished the innings by hitting a huge six. Indian Spinners have made sure that India win the series against South Africa with 2-1 scoreline. Now, all cricket fans eyes are fixed on Cricket T20I World Cup to start from 16th October in Australia. 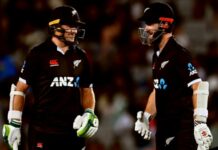 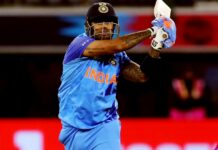 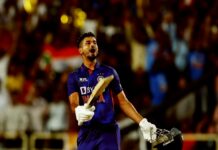 Shreyas Iyer gets back into form at the right time