Telugu producers guild have had a meeting today, say sources close to the Guild. In the meeting, they discussed about the costs and remunerations going up. Movie production has become highly costly and Telugu stars are aiming for Pan-India market post Bahubali, RRR, KGF success stories.

Hence, the budgets have gone up to the skies. Recently, Industry workers have announced strike to increase their salaries, remunerations. This week’s release Ram Pothineni’s The Warriorr film, Nani’s Ante Sundaraniki, Maruthi & Gopichand’s Pakka Commercial, Varun Tej’s Ghani, Megastar’s Acharya have failed to get collections as much as the producers have aniticipated.

So, few producers have proposed budget cuts and few said they should stop production, that is, shootings for few days or months. They are deeply worried about the growing remunerations, post production, pre-production costs.

As few worker associations submitted strike notice some days ago, producers also want to go on strike until the situation becomes easy to handle. They want to cancel shoots and sit idle for time being. Will that be a solution for actors and industry workers to come to terms of costs? No one can say about it. 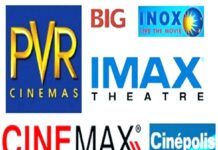