Talented actor and Bigg Boss Telugu fame Sohel is getting ready for the release of ‘Lucky Lakshman’. The out-and-out family entertainer stars Mokksha as the female lead.

Its Teaser was today released by producer Haritha Gogineni and director AR Abhi at an event in Hyderabad. Sohel plays a middle-class youngster whose father brought him up on modest means. As he grew up, his ‘cheddi’ friends Charan and Kiran added to his woes. His romantic relationships fell apart, too. His girlfriends broke up with him after they discover something. Lakshman takes everything in his stride.

Nothing goes right in the male lead’s life – not with girls, not with friends, not with his father. There could be more in the tale and we will know it when the film is released in theatres on December 30.

After a long time, we have a film that tells a story involving parents, buddies, college campus comedy, and other commercial elements. There is situational humour, there are emotions, and more. 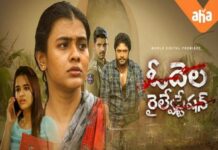 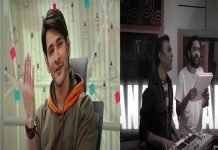 Bangarraju title logo and the first look is out