Ruhani Sharma has made a huge impact on Telugu Family audiences with her debut movie, Chi.La.Sow. She gave a very commendable performance for a debut heroine and the movie became a box office success. It won National Award for the filmmaker Rahul Ravindran for Best Screenplay. Ruhani Sharma delivered another success with HIT. But somehow, she did not find as many roles as she wished to put out on her resume. The actress has come up HER movie and Ruhani Sharma is playing a cop in the film.

She started promoting the film and teaser has gone viral. Ruhani Sharma has made a name as homely girl but she has the glamour game all figured out too. In these pics, she showed her glamour side while being homely beauty too. Like a South Indian Belle, in Red outfit, Ruhani Sharma looks captivating.

Ruhani Sharma has somehow been ignored and HER, might give her the necessary push for her career, she is hoping to find. She might be an integral part of HIT 3 or HIT franchise, in the future. We wish many more directors notice her talent and skills, to give her more opportunities to shine.

KL Rahul and Athiya Shetty get married at Khandala! 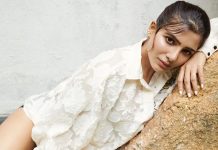 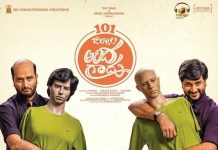 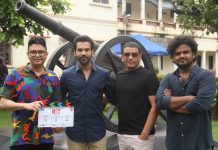