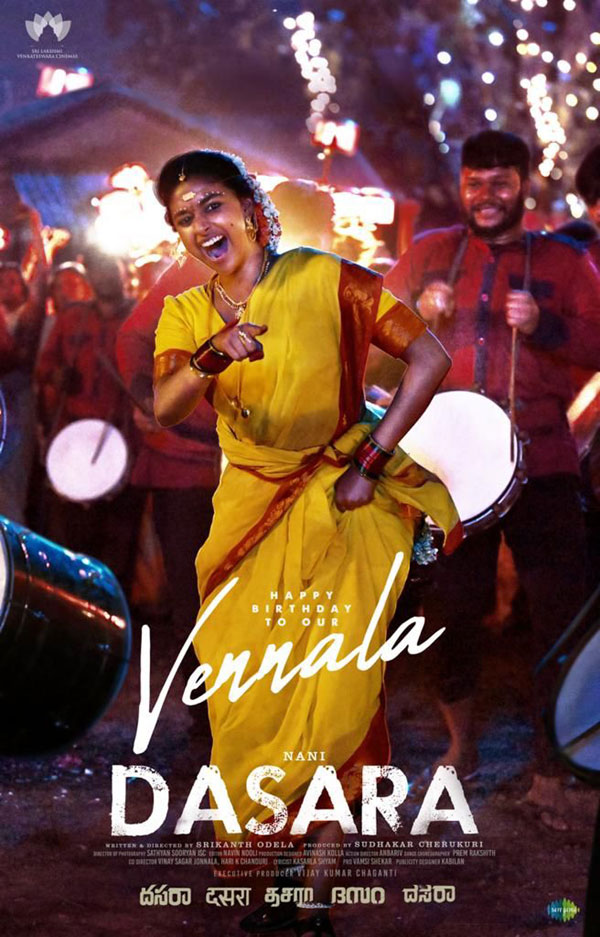 Keerthy Suresh shines as dusky village belle in the first look poster. The starlet in yellow saree can be seen shaking her leg, while drummers give her high with fast beats.

Srikanth Odela is debuting as director with the movie being mounted on a large scale by Sudhakar Cherukuri under the banner of Sri Lakshmi Venkateswara Cinemas.

Samuthirakani, Sai Kumar and Zarina Wahab are the important cast of the film that will have music by Santhosh Narayanan with Sathyan Sooryan ISC handling cinematography.

Navin Nooli is the editor and Avinash Kolla is the production designer of the film, and Vijay Chaganti is the Executive Producer.

The film Dasara will be released in Telugu, Tamil, Kannada, Malayalam and Hindi languages on 30th March 2023.