Superstar Rajinikanth and Jr. NTR have been invited as special guests by Karnataka CM Basavaraj Bommai for the Karnataka Ratna award presentation to Puneeth Rajkumar, posthumously. Both of them attended the event and despite rain, continued to participate. Basavaraj Bommai thanked both of them, separately. Jr. NTR seemed to be jubilant to receive such an honour as even Sudhamurthy seemed to be mostly talking with him through out the event.

Karnataka CM, shared the photos of him honoring both Superstar Rajinikanth and Jr. NTR on Twitter and thanked them for their attendance.

He wrote:
“Answering the call of our love, The. Great actors Mr. Rajinikanth and Mr. Jr. N.T.R. arrived in Karnataka to confer the “Karnataka Ratna” award on Puneeth Rajkumar and showed their love for Kannada by speaking in Kannada. Thank you from the bottom of my heart”

Jr. NTR fans are rejoicing his speech in Kannada. They are praising the actor for his diction, dedication to learn different languages that he did for RRR promotions and now, at Kannada Rajyostva Awards. Jr. NTR talked about his love and respect for Puneeth Rajkumar, calling him one of his great friends.

What an eloquent speech by @tarak9999 in Kannada… 👌
Great 👏👏👏
His mother Shalini garu, who's a native of Kundapur will be proud of him 👍#KannadaRajyothsava #KarnatakaRatnaPuneethRajkumar #JrNTR #PuneethRajkumarLivesOn#AppuSirLivesOn pic.twitter.com/Fms9k2dNPj

In US people observe National Men Make Dinner Day and here is why? 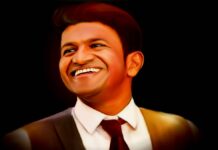 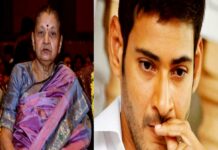 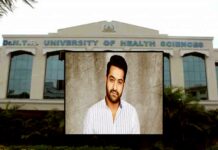