Akshay Kumar, Emraan Hashmi, Nushrratt Bharuccha, Diana Penty have been cast in the film, Selfiee. The movie trailer has been released on 21st January, 2023. Dharma Productions and Star Studios are producing the film. Selfiee is releasing on 24th February, worldwide. Movie is the official remake of Prithviraj Sukumaran’s Driving License film, a blockbuster Malayalam film. Prithviraj has been added as one of the producers with Listen Stephen. Raj Mehta is directing the film, Selfiee.

According to the trailer, a big fan of superstar actor, happens to be a Traffic Inspector, asks the star for a Selfiee and without hearing to him, star dismisses and even humiliates him, in front of his son. So, the inspector decides to teach the Star, a lesson. In Selfiee, Akshay Kumar is playing the role of a star and Emraan Hashmi, is playing the role of Traffic police Inspector.

Nushrratt Bharucha is playing the role of Emraan Hashmi’s wife. The trailer looks good and Selfiee, could be the film that Emraan Hashmi and Akshay Kumar are looking for their comeback success at the box office. Emraan Hashmi has been unable to deliver a success from few years while Akshay Kumar went through a worst phase in his career with 7 back to back underwhelming performers at Box Office. Selfiee could be a good hit for both of them as the original has been a blockbuster. Only problem would be the popularity of the original on OTT.

Woman who dragged man on a car files molestation charges. 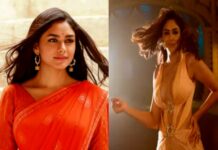 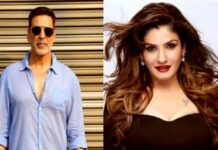 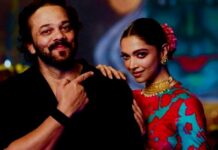