Telugu Junior actress, Sunitha Boya, has become popular by alleging Telugu famous producer Bunny Vasu asking her for “commitment” and using her. She alleged that Geetha Arts 2 producer left her penniless by promising her opportunities and asking her to come to his office at wee hours. Sunitha Boya tied herself to Geetha Arts Office gate and drew attention from people.

Telangana Police have arrested her and Bunny Vasu did not answer to her allegations. Sunitha Boya now has created even bigger sensation by going completely naked, that is, she removed her clothes and sat in protest opposite the office of the producer. Bunny Vasu has denied to answer for her allegations and also clarified that he doesn’t know her at all. Previously, Sri Reddy, went for such naked protest in front of MAA office, for not giving her membership.

Sunitha Boya stayed like that and a woman tried to cover her with some clothes to save her decency. But Sunitha Boya seemed undeterred by all this. Previously, she has been interviewed and questioned and even her petition in Courts have been dismissed under no evidence. Is Sunitha Boya speaking truth or is she trying to find a way to stay in news? We won’t know until police find evidence for her stories or evaluate her mental condition. For now, we hope she gets medical treatment necessary to never repeat such acts. 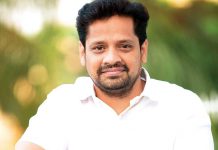 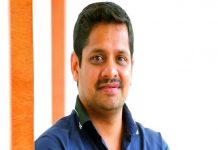