At several places, due to the terrestrial rains, roads have gone water logged and people found it to difficult to travel. Flood water has come into the houses in low-lying areas and people looked at officials to arrange for quick help from the terrestrial rains. Weather reports have suggested the overhead depression could continue for till the weekend and people need to be prepared for worse.

Return of the Monsoons during September and October months does bring huge rains but this is different. Due to the raise in temperatures, humidity levels have increased and depression has been formed in Coastal areas of Andhra Pradesh. Terrestrial rains will continue and hence, it is best to prepare ourselves for few more days. 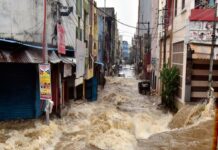 Hyderabad Be prepared and careful, more rains to come 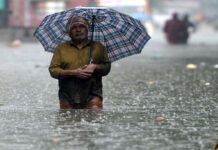 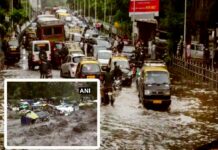