PS-1 is based on the novel Ponniyin Selvan written by Kalki Krishnamurthy in 1950’s. Movie collected Rs.400 crores gross in 10 or 11 days Worldwide. In Tamil Nadu, on Second Monday, PS-1 collected more than Rs.6 crores gross and this is highest for any movie on a working day, second Monday.

On the other hand, Kannada blockbuster, Kantara also managed to pull off similar feat at the Karnataka box office. Rishabh Shetty acted and directed in the movie and it has become his biggest blockbuster till date. Kantara managed to collect Rs.58 crores over 10 days and it is expected collect huge from other markets post dubbing. KGF-2 producers Hombale films have produced the film and it is releasing in Telugu on 15th October.

Previously, Vikram movie held the record for any Tamil movie second Monday collections and PS-1 managed wipe that out too. Movie fans are eagerly waiting for PS-2 release date from producers, Lyca Productions and Madras Talkies.

Did you know that these Dals can cause acidity? Read here. 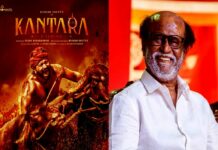 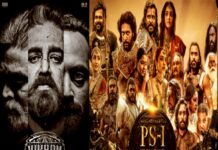 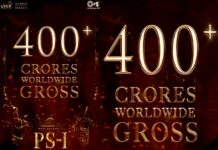