AP Minister Roja has been known for her explosive comments and unfiltered aggressive nature. She commented on Nandamuri Balakrishna’s show Unstoppable Season 2. Roja said that she wished to be a part of the show and share some memories with her friend Balakrishna. She stated that they have shared screen in 7 films together and she has major regards for him. But Roja did not like Balakrishna inviting Nara Chandra Babu Naidu and then commenting on Viceroy incident.

She said that Balakrishna aided Nara Chandra Babu Naidu in portraying NTR as a bad person and wash off all sins regarding the “backstabbing episode”. Roja stated that for her NTR is like God and she cannot face Nandamuri Balakrishna anymore, after that episode. She also stated that she can never appear in the Unstoppable Talk Show on AHA. Roja also commented that AP CM YS Jagan has all the good qualities to help the state grow and flourish, while this one episode can show how destructive Nara Chandra Babu Naidu and unfortunately, Nandamuri Balakrishna has also turned out to be.

Roja did not like to talk or even mention Hyper Aadi name and stated that those “Jabardasth show actors are too small” for her to even react on their comments. She stated that Pawan Kalyan and Nara Chandra Babu Naidu are playing in cahoots to sell off AP. Roja further stated that AP people should remember how Pawan Kalyan and Nara Chandra Babu Naidu have passed comments on each other when they have decided to fight against each other in 2019 and how they are behaving when they have become friends, again.

Sir second single Banjara is out! 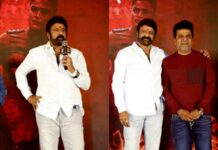 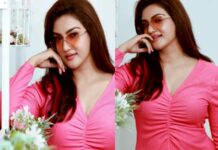 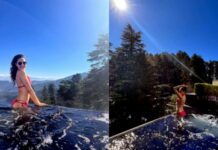 Pragya Jaiswal leaves us wondering where to or whom to look at!