Vitamin D or ‘the sunshine vitamin’ is an essential nutrient that keeps bones, teeth and muscles healthy. The nutrient also helps regulate the amount of calcium and phosphate in the body, which are again key to building strong bones.

Low levels of vitamin D can lead to a loss of bone density, which can contribute to osteoporosis and fractures. Furthermore, severe vitamin D deficiency can cause other diseases. In kids, it can cause rickets, which are a rare disease that causes the bones to become soft.

During winters, given that the days grow shorter and temperatures drop, our skin is less likely to be exposed to sunlight, which is the primary source of vitamin D for our body. That said, experts believe vitamin D deficiency is more likely to occur in the colder months. However, this does not mean your vitamin D levels cannot be low in summers. You can still be prone to nutrient deficiency.

So how can you reach optimum levels of vitamin D?

Sunlight is the best source of vitamin D, which is why no matter how cold or windy it is in winters, make sure to step outside and bask in the sunlight. While it is unclear as to how much sun exposure can give you the recommended amount of vitamin D, research has suggested that 8–15 minutes of exposure is enough to make plenty of vitamin D for lighter-skinned individuals.

2.Include foods rich in vitamin D:-

Even though sunlight is the best source of vitamin D, including certain foods can boost daily intake. These include:

3.When should you take supplements:-

If you’re not getting enough sunlight exposure, finding it difficult to get enough vitamin D from food alone, then according to the UK National Health Services (NHS), everyone (including pregnant and breastfeeding women) should consider taking a daily supplement containing 10 micrograms of vitamin D during the autumn and winter.

Here are some of the common symptoms of vitamin D deficiency:- 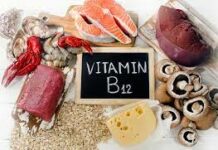 Do you know the advantages of Vitamin B12 for our body? 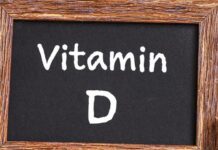