The Ayurvedic kadha or Kashayam is one of the numerous extremely beneficial supplements that Ayurveda claims to have developed. It helps in improving immunity and has many advantages of ayurvedic kadha that you might experience. It is a treatment typically used to boost the body’s defense mechanisms.

We are prone to many different infections and diseases in the months of winter. Hence, it is ideal to consume kadha as a safety measure as well as a treatment. Keep reading as we share a ayurvedic kadha receipe that will ensure you stay healthy through the season.

Ayurvedic Kadha is prepared by adding herbs and spices to water and boiling it. Once boiled, you can strain the water. This water strained is the ayurvedic kadha and now has absorbed all the nutrients from spices you added.

Let’s know why this kadha is beneficial for us:

Ginger has a very rich history of usage in both conventional and complementary therapies. A few of its uses include helping with digestion, easing motion sickness, and fighting the flu and common cold. The natural oils in ginger, of which gingerol is the most significant, are what give it its distinct aroma and flavour. The primary bioactive ingredient in ginger is gingerol.

Cloves are high in antioxidants and include a number of essential vitamins and minerals. Antioxidants are substances that lessen oxidative stress, which can help chronic disease develop. Eugenol, a substance found in cloves, has been demonstrated to have antioxidant properties. According to certain studies, the chemicals in cloves may be able to cure stomach ulcers. Stomach ulcers, sometimes referred to as peptic ulcers, are uncomfortable sores that develop in the lining of the stomach, duodenum, or esophagus.

Since ancient times, cardamom has been employed in traditional medicine because it is believed to contain powerful therapeutic effects in its seeds, oils, and extracts. For those who have high blood pressure, cardamom might be beneficial. The high quantities of antioxidants in cardamom may be responsible for the positive results of this study. Compounds found in abundance in cardamom may help combat inflammation. Additionally, it has long been utilized to aid in digestion. To ease discomfort, nausea, and vomiting, it is frequently blended with other therapeutic spices.

Green tea is much more than a drink to keep you hydrated. Inflammation is reduced and cancer is helped by the natural substances called polyphenols, which are abundant in tea. It not only keeps you awake but also has the potential to improve brain function. According to studies, green tea can speed up metabolism and enhance fat burning. According to studies, green tea may increase insulin sensitivity and lower blood sugar.

Cinnamon can help reduce blood sugar, according to a number of studies on humans and diabetic animals, while other studies haven’t had the same success. Cinnamon has also demonstrated promise in its capacity to inhibit the spread of cancer and even destroy tumor cells. The use of cinnamon as a natural cure for older persons to treat inflammatory diseases like rheumatoid arthritis may be supported by additional research given that these conditions become more prevalent as you age.

Turmeric is abundant in various components. These substances are known as curcuminoids. Curcumin is the most crucial. The primary active component of turmeric is curcumin. It is a very potent antioxidant and has potent anti-inflammatory properties. Antioxidants are important primarily because they shield your body from free radicals. Due to the chemical makeup of curcumin, it is a strong antioxidant that has the ability to counteract free radicals. Additionally, curcumin may aid in various stages of heart disease reversal process. 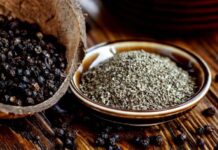 Insects infest you house? You can protect pulses in these easy ways! 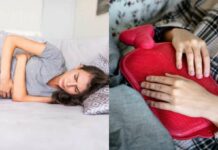 You can try these to heal winter period cramps!