Sydney Test between Australia and South Africa has been hit by rain for four straight days and the result has to be forced on 5th day. South Africa is on 149/6 in reply to Australia first innings score 475/4. Pat Cummins, the Australia captain is hopeful of taking wickets of South Africa twice in the remaining 98 overs to make it 3-0 and qualify for WTC final, before playing a Test against India in India. Before that Glenn McGrath handed over Pink caps to Australia players as per tradition of honoring Jane McGrath, wife of towering fast bowler. The funds raised by Australia cricket on the day will be donated to McGrath foundation to help those battling breast cancer.

While this test result doesn’t effect the fortunes of South Africa, they might still have a chance to qualify, if Australia manage to win against India in India. Australia is looking to push for a victory while South Africa has to just look to survive aggression of Australia bowlers who showed that they will come all guns blazing whenever they get a chance to play. Pat Cummins declared as anticipated overnight and asked South Africa to bat on 4th day.

Usman Khawaja missed out on completing his double century due to this declaration but Australia way of play doesn’t really care about the personal milestones, so dearly. South Africa batsmen had no answers to Australia bowlers aggressive pace bowling and the last one hour spell for the day, can be categorised as the best ever.

Temba Bavuma (35) and Khaya Zondo (39) dared to resist. Pat Cummins (3/29), Josh Hazlewood (2/29), Nathan Lyon (1/65) took wickets for Australia and they will be key in forcing South Africa for a follow-on, who are reeling still under 326 runs deficit. We should just hope that Sydney forecast for Sunday will hold and rain will stay away for entire 98 overs of play.

Add Amla to you daily diet and enjoy healthy life! 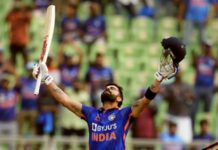 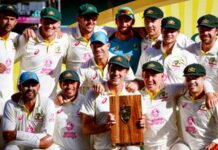 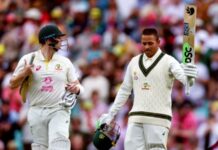