Going into the details, Shoaib Akhtar predicted India to not win World Cup and also fail in Semi-Finals. Mohammad Shami tweeted, “Sorry Brother, its called “Karma”” in a sarcastic tone. For that Shoaib Akhtar replied by posting Harsha Bhogle’s comment on Twitter praising Pakistan pace attack and their fighting spirit, “Credit to Pakistan. Few teams would have defended 137 the way they did. Best bowling team.” He remarked it as “And this what you call sensible tweet ..” Shahid Afridi has been asked to comment on this exchange as it made many cricket fans from both nations to have heated exchanges, trolls on social media against each other.

Shahid Afridi commented that Shoaib and Shami should act dignified way and they shouldn’t resort to such comments. He opined that cricketers are like goodwill ambassadors between two Nations and they should only promote positive things rather than resorting to such silly heated exchanges. Shahid Afridi further said that experienced ex-cricketers should not be involving themselves in such controversies and present cricketers should stay away from provocations. Both should look to build friendly bonds and should aspire to play cricket with each other.

But same Shahid Afridi commented that BCCI is influencing ICC to let India go to Semi-Finals last week. Anyways, he did make sensible comments for sure. 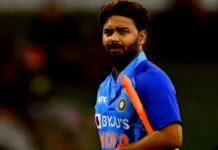 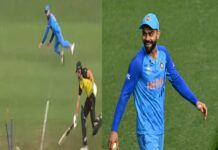 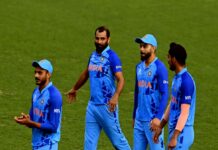 Australia tumbles in the Shami’s sensational last over