Shaheen Shah Afridi came back to form in the tournament during all important Bangladesh, South Africa group matches and Semi-Final against New Zealand. He came under heavy criticism for his bowling against Zimbabwe and even India. Pakistan lost both the matches and looked at exit. Shaheen Shah Afridi returning with 4/22, 3/14 and 3/24 in Bangladesh, South Africa and New Zealand matches helped Pakistan to miraculously enter Finals. Even in Final match, he looked unplayable till injury forced him to leave the field. Babar Azam, Pakistan captain rued his unavailability and Pakistan gave up fight when he walked off with 1/13 figures in 2.1 overs.

Well, now Shaheen Shah Afridi is expected to miss for another three to four months from action. His right knee has been in brace and he might need a surgery too. The full details about the nature of his injury have not been disclosed yet by Pakistan Cricket Board. They have come under lot of criticism during the World Cup and preparation for it, in terms of handling Shaheen Shah Afridi and team combination. Hope for next 50 Over World Cup, they will plan and handle him properly as Shaheen Shah Afridi is too exciting talent to be missing out cricket and being mishandled like this. 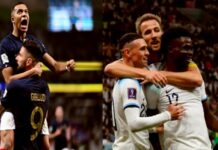 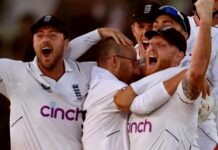