Prithvi Shaw, Mumbai opener, has proved to cricket lovers and experts that he has the game to play for long time in International Cricket for India. But his temperament has been a issue and his injury problem, failures in some important matches has cost him opportunities to represent India. Prithvi Shaw is not one to give up and sit aside walloping in sarrow, he has decided to bang on the doors until they open. He scored 379 runs against Assam and created a record. Prithvi Shaw looked like all set to break Don Bradman and Bhausaheb Nimbalkar records for Highest score ever by an individual in FC cricket.

In his knock, he has put partnerships with Musheer Khan (123), Armaan Jaffer (72), Ajinkya Rahane (401) for Mumbai. Prithvi Shaw scored these mammoth runs against Assam in a Group B clash. Ajinkya Rahane, Mumbai Captain scored 191 and missed out on 200. He declared Mumbai innings on 687/4 and Assam is on 129/1. Prithvi Shaw has made headlines with his attitude and some statements at times but this time he has made headlines just with his performance. Hope he maintains this good form and gain consistency to transfer this potential into greatness for India in International Cricket. 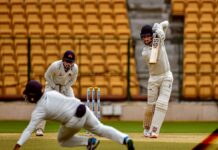 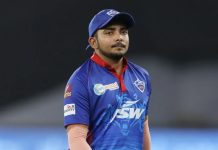 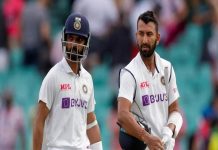 Rahane, Pujara will be replaced by these two brilliant Indian batsmen