India has clean swept Sri Lanka with 3-0 in the ODI series. At Tiruvanthapuram, Virat Kohli and Shubman Gill centuries have helped India to score 390/5 runs in 50 overs and Sri Lanka in reply got all-out for 73 runs in 22 overs. Mohammad Siraj took 4 wickets with the ball and bowled 10 overs to get a 5-for but he couldn’t. Sri Lanka seems to have been shell-shocked as the ball moved under lights and that helped India to register 317-run win, the highest ever in ODIs.

New Zealand have been able to put a 290-run win against Ireland after scoring 403, way back in 2008. Now, India have been able to break that record with 27-run margin and no team in the history of ODI cricket lost with 300-run margin. India bowlers did not allow Sri Lanka to score freely and kept peppering them with teasing good length balls. This resulted in such a memorable victory.

India won the toss and elected to bat. Shubman Gill and Rohit Sharma again gave a good start with 95-runs partnership in 15.2 overs. Rohit Sharma (42) threw away his wicket, otherwise, he looked set for a massive century. Shubman Gill and Virat Kohli came together and put on 131-run partnership for India in quick time. By the time Shubman Gill (116) got out India scored 226/2 in 33.4 overs. Shubman Gill once again proved that he is best suited for ODI format as an opener, by scoring at good clip and completing his second century.

Virat Kohli went on to score his 46th ODI century and even scored his second highest score ever. His innings propelled India score to 390/5 in 50 overs. Mohammad Siraj took 4 wickets when Sri Lanka came to bat under lights and Mohammad Shami took 2 wickets. Kuldeep Yadav got 2 wickets. Ashen Bandara got injured and did not come to bat. Mohammad Siraj pulled off a runout of Chamika Karunaratne as he stood outside the crease after playing a defensive shot. India is set to play their next ODI series against New Zealand. India will play 3 ODIs and 3 T20Is from 18th Jan till 1st February against NZ. 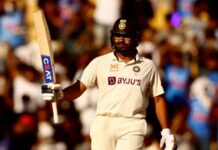 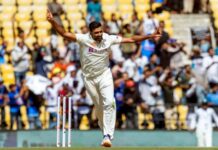 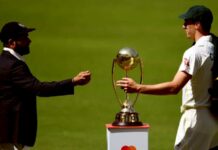