FIFA World Cup 2022 saw upsets like Argentina vs Saudi Arabia and Japan vs Germany matches. At the same time, the draws have been higher in the opening games. South Korea and Uruguay have settled for a well fought draw in their fixture in Group H. Both the teams did not allow other one to make one goal too. Uruguay had more shots but they had only one on target. South Korea had 7 shots but none were on target.

Uruguay had a possession of 56%, made 547 passes with 81% accuracy and made 7 fouls. They got 1 Yellow card, 1 Offside and 4 Corners. South Korea had 44% Possession, made 419 passes with 78% accuracy. But they made 10 fouls and got 3 Corners with 1 Yellow Card. The final numbers show that neither Uruguay nor South Korea let the other team dominate the match but Uruguay did find some valuable opportunities that South Korea defended brilliantly.

South Korea fans expected their team to give tough fight to the giants and the players seem to be giving what all they can to put up a good show. Uruguay would be cursing themselves as they missed few golden opportunities. Without many goals too, this match has been quite interesting and entertaining, throughout. Ghana and Portugal are fighting it out in next Group H fixture and soon, Brazil will be in action too. Exciting weekend ahead in FIFA World Cup.

Spain marks a grand start to their campaign. Read here. 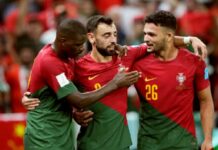 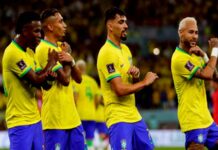 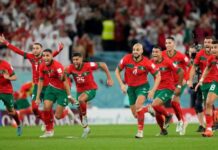