Argentina got a shock in their first match against Saudi Arabia in FIFA World Cup 2022. They had to win both their matches to enter knock-outs and they won against Mexico and now Poland in their Group C encounter. Alexis Mac Allister scored for Argentina after the tight first half in the 46th minute to open the account. Julian Alvarez scored the second one in 67th minute to seal the deal for Argentina against Poland with 2-0 scoreline. With 6 points Argentina entered into the Round 16 knockouts in style.

Argentina took 23 shots at goal with 12 on target. They had high 74% ball possession, made 868 passes with 92% accuracy. Argentina made 11 fouls, got 1 Yellow Card, 9 Corners and 1 Offsides. Poland took 4 shots at goal with none on target. They had only 26% ball possession, made 317 passes with 77% accuracy. Poland made 6 fouls, got 1 Yellow Card and 1 Corners. Argentina did not let Poland to even think about attacking their goal post. Lionel Messi did not hit a goal but helped his team to create strong defense according to their plans at Stadium 974 – Ras Abu Aboud, Qatar.

From Group C, Argentina went through with clean wins in their last two group matches. Poland on the other hand had to depend on Saudi Arabia vs Mexico result to qualify. They won against Saudi Arabia and drew with Mexico. Saudi Arabia won against Argentina and Mexico needed to definitely beat them to have a chance at qualifying to knockouts against Poland. In the end, Poland managed to eek out and more about it in detail, in next update. After a shocking start, Argentina continues their title hunt for Goat Lionel Messi at FIFA World Cup 2022! 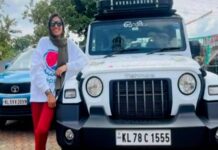 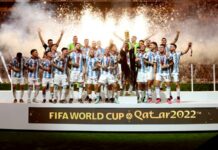