South African Cricketer and Legend of International Cricket, AB de Villiers has decided to retire from all forms of cricket but Royal Challengers Bangalore Team and fans want him to join them, in some capacity. AB de Villiers did not disappoint the fans of his second home, RCB and Chinnaswamy Stadium but he did not give them much exciting news too.

AB de Villiers told the media that he wants to return to Chinnaswamy Stadium but not to play cricket. He said that he received great love from public of Bengaluru and he loves to visit them but cannot return to play. AB de Villiers had a retinal detachment correction eye surgery and he cannot play ever again.

But he told to media that he is interested to return to his second home, Chinnaswamy Stadium in some form to thank audiences and cricket lovers over there. AB de Villiers has played many destructive innings for RCB and he has been one of the key reasons along with Virat Kohli for the IPL club to gain so huge following among Indian cricket lovers and Overseas as well. 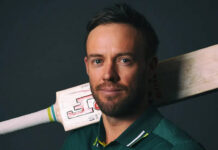 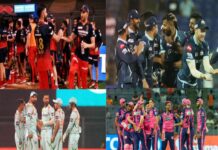 IPL 2022: Will a new champion be crowned this season?