Nirav Modi, the business tycoon who turned out to be a loan defaulter, has been categorised as White Collar Criminal by Indian judiciary and ED. He escaped arrest and flew to London, UK. Apart from him, Vijay Mallya also escaped to UK. Indian Government has asked UK Government permission to extradition of Nirav Modi, as Indian criminal staying in UK.

Preeti Patel, ex-UK Home Minister, granted permission for Indian Government to do the needful. Nirav Modi, challenged this decision in London, UK High Court, stating that he is mental unhealthy and he might commit suicide under severe depression. London High Court has dismissed his plea, stating that he cannot claim any kind of immunity on medical grounds and mental condition cannot be considered a valid reason, in his case. Nirav Modi looked visibly baffled by this verdict.

Nirav Modi is stating that he might commit suicide, if he has to stay in Indian Jails and that his mental condition won’t suit at all. UK Laws doesn’t permit for such exemption unless, Judge feels European Court of Human Rights Rule No.39 is applicable in his case. London High Court did not feel so and now, Nirav Modi either has to accept his arrest by Indian Police and come back or appeal in another 14 days to UK Supreme Court. Indian Government is eager to bring him back and question about the loan fraud and defaults, ED is interested in knowing the influential people behind him as well. 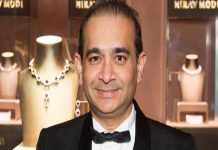 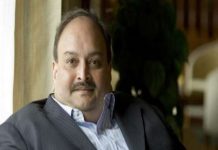