Telangana Minister KTR has been going against BJP and in the state TRS and BJP have become big opponents. Now, KTR has risen the issue of Singareni Coal mines and said that to hurt the state, BJP is looking to sell off Singareni mines. He said that privatization of Singareni mines is a move by Central Government to hurt TRS by going politically against them. KTR also stated that BJP working in favor of Gujarat and neglecting Telangana.

KTR accused BJP as treating Telangana with partiality. He said, “Central Government is trying to kill Singareni mines by selling coal mines one by one to private parties. BJP doesn’t care about people of Telangana and they just want to make as much money as they can. BJP is working in favor of Gujarat and they have allocated special mines for GMDC. But selling off 4 coal mines from Singareni is first step in privatisation. PM Modi lied about not going to privatization of Singareni. They are killing state of Telangana by selling off Singareni.”

BJP local leaders did not respond about KTR accusations. Central Government has announced that they find Singareni Collieries in losses and they need to sell off four mines to sustain it in parliament. KTR reacted to this announcement and stated that these kind of uncompassionate steps towards Telangana show how BJP is working with partiality. 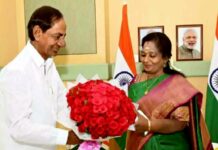 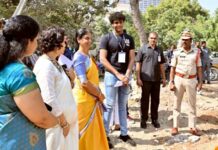 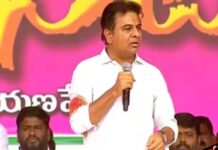