From the early morning of 31st October, people have been glued to their news outlets to get updates about the Gujarat Morbi Bridge collapse. Rescue teams have been deployed by the Gujarat government in the Machchhu river and they have been trying to find the bodies of people who went missing after the collapse.

Till now, 141 members have been announced dead and more than 177 people have been rescued. Rescue teams are looking around the remains of Morbi Bridge to find the others. Gujarat government has announced that they have arrested 9 people who have been recognized as reason for the collapse after initial investigation. Morbi Bridge collapsed on 30th October evening as more than 500 people were performing Chhath Puja rituals on the bridge.

Morbi Bridge has been constructed by British Government as a suspension bridge over Machchhu River, 150 years ago. The bridge has been re-constructed and repaired by recent Gujarat Governments and people have been allowed to walk on it with caution. Only 150 members can be on the bridge at any given time and on 30th October more than 500 members have been allowed on the bridge that too they were allowed to perform Chhath Puja. Recently, bridge has been closed for people due to repair work from past seven months and has been re-opened after renovation on 26th October.

Gujarat Minister, Brijesh Merja, said that the government takes full responsibility for the accident and said that even they are shocked about the accident as the renovation works have been finished only a week ago. Morbi Bridge collapse CCTV footage has been released on social media and here is one video, that is, going viral. In the video, we can watch people falling into the Machchhu river with the bridge as the suspension bridge cables gave-in due to the weight. The footage is highly sensitive and caution is advised.

Why do you think only Suryakumar Yadav batted freely? Read here about it. 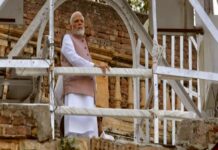 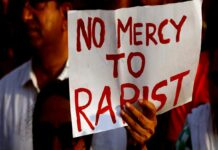