Punjab CM Bhagwant Mann has been facing different kind of challenges as New CM and he had to deal with PCS officials calling for long holiday from work. A PCS officer Narinder Dhaliwal has been said to be caught red-handed taking bribe. Government has decided to suspend him and PCS officials have decided to protest this. They have given an ultimatum that they would go on long holiday together.

Bhagwant Mann has warned all PCS officials to join their duties by 2 PM on Wednesday or else he will suspend all of them. PCS officials have come together to discuss about the options they have. After discussions with Government who has decided to constitute a SIT on Narinder Dhaliwal and take action only after complete investigation is over. Hence, PCS officials have announced that they would not take holiday and by 2 PM, they have started working as usual.

In the history, few CMs have done the same against Government officials who threatened to go on strike. Some even used ESMA and suspended thousands of employees, overnight. PCS officials and Government have come to an understanding only after CM Bhagwant Mann warned of severe consequences. More details about the case and issue will follow in the near future. 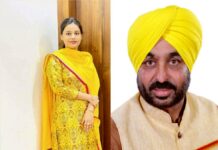 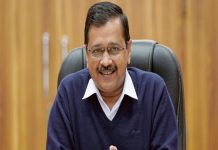 “We make a ‘Rangla’ and happy Punjab”- Kejriwal 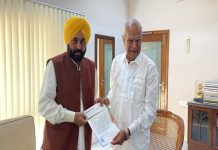