Pawan Kalyan and NCBN have been strongly opposing CM Jagan and YCP government in AP. Janasena and TDP have joined hands together earlier in 2014 and worked for TDP win. In 2019, Pawan Kalyan opposed TDP and Jagan became CM by thumping majority. Now, YCP government has brought in GO No.1 that resists parties from holding public meetings after stampede at Kandukur and Guntur to avoid innocent people from dying and getting injured. Earlier, Pawan Kalyan was stopped in Vizag and Ippatam by AP police, in the fear of causing ruckus.

NCBN said, “This is not the best time to talk about elections. First of all, we have to unite opposition and fight against government for bringing British time GO, trying to oppress opposition from holding any meetings or events against them. I appreciate Pawan Kalyan for coming forward voluntarily and thank him for this co-operation. What happened at Kandukur and Guntur is government’s fault and police have failed to make proper arrangements. Stopping me from entering into Kuppam constituency is the heights of feudalism and we have to fight united against these anti-democratic actions.”

Pawan Kalyan talking to press stated that he is annoyed by CM Jagan actions and called him a hypocrite. He said, “I am highly annoyed and anguised by anti-democratic activities of CM Jagan. YCP tried to stop me in Vizag and now, they have decided to stop opposition from holding any kind of public events but they are ready to conduct large public events, hold hoardings and drive anywhere. All restrictions are only for us, the opposition. I extend my support to TDP and NCBN in this fight against GO No.1.”

Pawan Kalyan welcomed BRS entry into AP and did not mind any of his party members joining BRS too. Both of them steered clear of mentioning any election arrangements in this press conference. 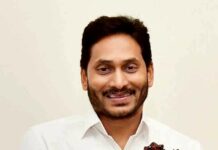 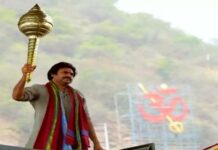