Pawan Kalyan went ahead with his work to join practice session of his next big budget film, Hari Hara Veera Mallu, in the direction of Krish. AP Cabinet Minister Roja has decided to counter Pawan Kalyan. She visited Tirumala Temple on 10th October along with her family and asked Pawan Kalyan, if he closed his eyes during TDP rule in AP State. Roja reiterated that public can see the liars and honest leaders. She stated that AP people will always be with AP CM YS Jagan and YSRCP.

Fans of Pawan Kalyan and Party leaders of Jana Sena, decided to counter tweets of Jagan supporters on social media. Pawan Kalyan tweeted a flurry of tweets and questions along with them. Here is a small example of his tweets.

Have you seen the latest promo of NBK’s Unstoppable Season 2? Watch it here. 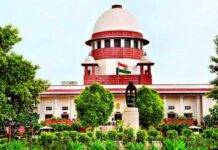 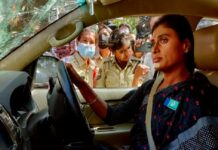