NCBN, the opposition leader and TDP supremo attended the public meeting conducted by Telugu Desam Party, TDP at Khammam. On the way to the event, he garlanded TDP founder and legendary actor, NTR statue at Khammam center. Later, at the meeting, NCBN stated that he wants the love of people and not power. He also promised that he will work harder to improve TDP condition in Telangana state.

NCBN stated that he is the only politician to have been in power as CM for nine years in United Telugu states and been an opposition leader for 10 years too. Those records will never be erased by another politician as never the two Telugu states are going to be united. He pompously stated that he is happy to see such huge crowd for his event and he is happy for the great welcome by Khammam people. NCBN stated that Gnaneshwar kind of leaders will be trained to run Telangana TDP, in future.

He further said that TDP will fight to get into power in AP and as the state needs him and good governance, he will come to power again. NCBN stated that in coming years, everyone who tried to undermine TDP will be answered strongly by the resurgence of the party, as people love them. He stated that his Vision 2020 has helped Telangana to see a bright future with Hyderabad as a IT hub and he dreamt of this in 1999 and 2000, when every other person said he is day-dreaming. NCBN thanked all the supporters of TDP in Telangana and people who came to the meeting for their love and support. 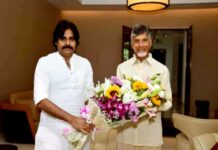 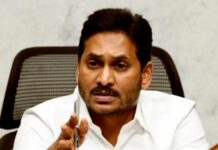 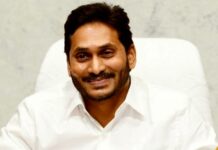