According to IPC sections, forcing any women, even if the woman happens to be a person’s wife, it is punishable offence and will be considered as domestic violence and rape. Umang Singhar did not deny the claims of the woman as his wife but he refuted the claims of rape. He stated that the matter is personal and that should have been between them. He told media that Police did not take his complaint against her on 2nd November for harassment.

Umang Singhar further claimed that the woman is “politically motivated” to report against him and he has been trying to get out of their relationship as she started harassing him for money. Umang Singhar, belonging to Congress, claimed that the woman demanded Rs.10 crores money and if he fails to oblige, she blackmailed him that she will lodge rape case against him. Well, Madhya Pradesh police have registered case against MLA and they are investigating into the matter. 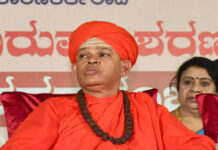