Dravida Munnetra Kazhagam (DMK) has seen battle for inheritance in State Politics between groups of Current Chief Minister of Tamil Nadu, M.K. Stalin and his elder brother M.K. Azhagiri. DMK leaders from Madurai belt where Azhagiri is strong fought some bloody battles with Stalin group leaders for central leadership. DMK chief M. Karunandihi did not let the control slip from his hands and handed over reins to Stalin and made him his Deputy Chief Minister too. Karunanidhi handed over Central politics to Kanimozhi, his daughter and she never interferred in brother’s battle.

Azhagiri and Stalin settled into their respective positions and it seems like DMK internal power struggle ended soon after Karunanidhi’s death. While Stalin’s son, Udayanidhi Stalin is looking to emerge as next generation leader of the party, suddenly, Kanimozhi has been given Deputy General Secretary. Stalin has been re-elected as General Secretary. DMK party seems to be balancing the power between Karunanidhi family members to never go down AIADMK route.

Post Amma J. Jayalalitha’s death, AIADMK has almost spilt into two with O. Pannerselvam and Edappadi K. Palaniswami fighting for their supremacy and control over the party. OPS gang currently has been regarded as rebels of AIADMK and the party has almost lost its core due to this struggle. DMK during this period, seems to be taking steps to consolidate their influence. Already M.K. Stalin is receiving praises for his measures as CM of Tamil Nadu and if Kanimozhi can attract family and ladies’ votes towards DMK, they would be an inaccessible leader in Tamil Nadu politics.

Stressed by following political updates here is an easy way to cool and smile. 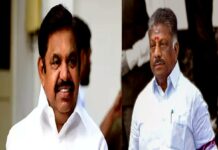 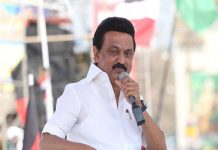 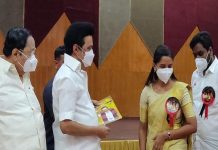