AP CID arrested Ayyanna Patrudu, TDP leader from Vishakapatnam and ex-cabinet Minister along with his sons Vijay and Rajesh. They arrested him early in the morning hours of 3rd November by jumping the compound wall into his house, breaching his privacy. Ayyana Patrudu appealed against his arrest in High Court and CID tried to defend their act. CID stated that they did not give him time to escape and Ayyanna Patrudu defended it saying that his arrest is illegal.

AP High Court has asked CID to submit the 41A notice and CID answered that Ayyanna Patrudu has encroached 0.02 sents of land to build compound wall. The value of the land is Rs.10,000 and hence, they did not issue 41A. High Court dismissed the arrest of Ayyanna Patrudu and asked CID to submit Case Diary by 10:30 AM on Friday for further arguments. TDP President and Opposition leader Nara Chandra Babu Naidu, called this arrest as AP Government flexing their power to threaten his party MLAs and workers. He praised Court decision. Party supporters of TDP have been protesting against the arrest of Ayyanna Patrudu, throughout the state. 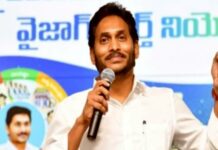 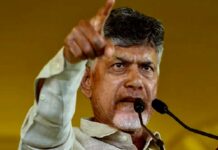