AP CM YS Jagan is known for being kind towards people and he has proved his kindness not once but several times in the time, he has been in power. At Guntur TDP meeting, party has arranged for “Chandranna Kanuka (Gifts from brother Chandrababu)” event and invited more than 10k poor people there. After NCBN has left the premises completing his speech, a stampede happened as the mob from behind pushed forward. YS Jagan expressed his concern about the victims of stampede and directed officials to provide best possible medical facilities and treatment to them. YS Jagan asked NCBN to think about people and not his political future by conducting meeting at small areas.

NCBN has apologised to Kandukur people after stampede and gave compensation to victim families. He stated to them that he will their family head. TDP has apologised and said that they will look into security arrangements from next time. But at Guntur meeting, stampede has happened again and three women have been reportedly died. YS Jagan after knowing the details expressed his grave concern and asked police to look into details and investigate. YS Jagan has asked police to arrest everyone who is responsible.

AP ministers and MLAs of YSRCP have asked NCBN to stop his meetings until he is sure about the arrangements as they are concerned about such incidents repeating again and again. YS Jagan also opined the same and said that NCBN, TDP should properly check the meeting grounds and should not arrange at smallest possible areas to fit in big crowds and capture drone shots to show that they are being loved. YS Jagan mocked NCBN already and he once again stated that TDP is resorting to cheap tricks. 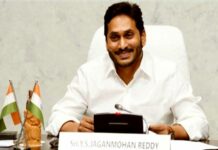 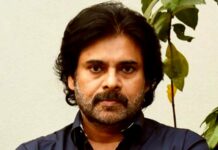