MIG-29K fighter jet belonging to Indian Navy crashed due to Technical snag and pilot has been ejected safely. MIG-29K fighter jets have been reported to be going through some sort of technical from past few years. Indian Navy has been operating MIG-29K jets around Goa and from 2019, this is fourth incident when a MIG jet crashed.

MIG-29k flew for a routine sortie and while returning to the base, it had a technical snag. Pilot ejected from the plane safely while search operations are going on to trace the fighter jet parts. Board of Inquiry has ordered for a probe into the cause behind MIG-29K technical snag and detailed report is expected soon.

In 2019 and November 2020, MIG-29K accidents have been reported due to various technical faults. After November 2020 incident, this is another accident reported about MIG-29K crash. In February 2020, pilots recovered from accident caused to hitting a flying bird. 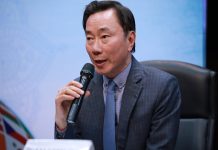 “We are grateful to India”- Pham Sanh Chau