Covid-19 has devastated lives of many people around the world. Nasal Vaccine from Indian company Bharat Biotech has been approved by Central Government and it can be given to every one, who is above 18 years old as Booster dose. This Nasal Vaccine is referred to as iNCOVACC and it can be given to those people who got two doses of Covishield and Covaxin. Bharat Biotech has announced the fares for Nasal Vaccine and they will be available at Private Hospitals, for now.

Nasal Vaccine will cost Rs.800 for a booster dose and Rs.320 for each to Central and State Governments, who will buy in large amounts. The vaccine doses are available in CoWIN app. The vaccine scientific name will be “BBV154” and it is named as iNCOVACC for the markets. Central drug regulatory gave Bharat Biotech, approval to bring Nasal Vaccine into the market after Phase III trials.

iNCOVACC. the Nasal Vaccine, was developed in partnership with Washington University, St. Louis, which had designed and developed the recombinant adenoviral vectored construct and evaluated in preclinical studies for efficacy, Bharat Biotech said. Nasal Vaccine doses should be stored in 2-8 degrees Celsius. The doses will be available from January end in major hospitals across the country. 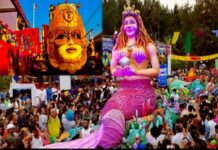 No Covid-19 restrictions in Goa for New Years’ Eve! These Ayurvedic remedies help you prevent Covid-19 in Winter 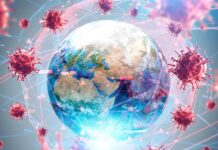 New Covid-19 symptoms have been identified by scientists