Picking the right kind of subjects is essential for talented young heroes to win the patronage of the Telugu audience. There’s no better way to achieve it than by doing good and fresh scripts. Talented young actor Santosh Shobhan is making the right moves with this regard.

His previous films, Manchi Rojulochaiae, Ek Mini Katha gave him decent limelight and recognition. They established him as a mainstream young hero in Tollywood. He started off his career with Golconda High School and is now regarded as a talented young lad. Santhosh is currently busy with Like, Share & Subscribe which is releasing on the 4th of next month, a new rom-com.

He is also on course to work with UV Creations for 2 projects. He is also committed to do a film with the highly successful Swapna Cinemas. Nandini Reddy is directing this film and it is titled Anni Manchi Sakunamule. His upcoming film Like Share Subscribe is set for release. The trailer also looks very promising. He has a very promising line up ahead of film, we must say. Apart from that, Santosh is also signing multiple OTT projects. He was already seen in OTT content like The Grill, The Baker and The Beauty, and others. 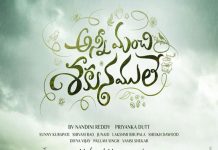 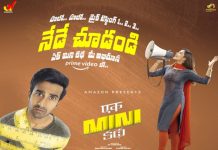 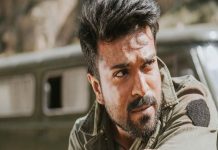