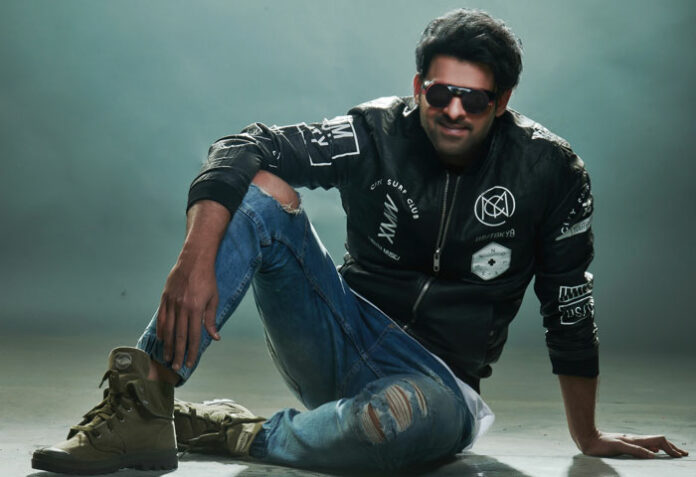 Often we saw a star growing to fame beyond language barriers in India but now we see a South Actor becoming the face of Indian cinema. With sheer commitment, passion and hardwork, Prabhas has excelled in attaining a global superstardom in no time.

He’s one of the highest paid actors in Indian Cinema now and yet has zero controversies and haters. He’s called as Darling by fans and fellow actors and technicians for the noble and kind heart he has. He’s friends with almost every actor and actress in Industry and treats everyone with love.

Making 20+ films in 20 years of his career, he won the hearts of masses, family audience and the classic film lovers with Varsham, Chatrapathi, Billa, Darling, Mr. Perfect, Pournami and Mirchi.

His body, look and style transformation has flourished as trend in the youth for years. He received national wide applause, awards and acclaim throughout his career.

It’s an undisputed statement to say that Prabhas is possibly the only Indian actor who has the aura and demeanor to play a King. This was evident when he played Amarendra/Mahendra Baahubali in the Magnum Opus Baahubali.

We rarely see a successor taking the legacy of the legends forward while also making his mark walking in their foot prints. He debuted carrying the fame of his uncle legendary actor Krishna Raju’s legacy yet blended himself as a commendable actor to deserve all the acclaim of his own.

The Starmaker of the decade, maverick director SS Rajamouli himself said that only Prabhas can play Baahubali and if not for him the project would not begin at all. They even made the Mass blockbuster Chatrapathi which was then remade in many languages but no one could roughly reach the screen presence of Prabhas.

The star hero will soon be seen as Lord Sri Rama in Adipurush which is announced for release on the 12th of January, 2023. The film is mounted on a budget of 500 crores which has 250Cr only for VFX. Directed by national award winner Om Raut, it was entirely shot in 3D.

Then comes Salaar, India’s first film with dark centric theme technology. This film is directed by KGF fame Prashanth Neel and it is one of the biggest commercial films that are in the making in Indian cinema. It is sure to take the mass centers by storm as it releases in theatres on the 28th of September, 2023.

Prabhas has also lined up Project K which is the costliest project in Indian cinema. It is based on futuristic vision and is expected to take Prabhas to worldwide fame. Directed by Mahanati fame Nag Ashwin this movie stars Amitabh Bachchan and Deepika Padukone.

Also, there’s Spirit directed by Sandeep Reddy Vanga, the man behind Arjun Reddy. This is going to be one of the craziest projects in Indian cinema.

Prabhas is also known for his large-hearted philanthropic activities. He adopted 1650actres of Khajipalli Reserve Forest and contributed to the ecosystem. He also carries out several social service activities anonymously. On the occasion of his birthday on October 23rd, here’s wishing the superstar a happy birthday and many more to come.