Vijay Devarakonda after films like Arjun Reddy and Geetha Govindam faced huge low with NOTA, Dear Comrade, World Famous Lover and Liger becoming disasters. He is working with Shiva Nirvana, alongside Samantha for his next film, Kushi. Vijay Devarakonda anticipated Liger to be a blockbuster and even gave dates to Puri Jagannath for another film, Jana Gana Mana. Now, that film has been cancelled and Goutham Tinnanuri is directing his next with Vijay Devarakonda.

The official announcement has been made by production house Sithara Entertainments on 13th January and for now, movie is called VD12. Filmmakers have announced the movie to be a Spy thriller, with Vijay Devarakonda to appear as a spy and it will be in the style of Goutham. After Jersey, Sithara Entertainments and Fortune Four Cinemas have come together to produce this film. Ram Charan and Goutham had to work together but that film got dropped and Vijay Devarakonda has now become next hero of Goutham Tinnanuri. 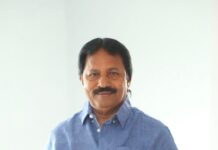 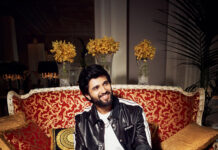 Vijay Deverakonda is back as Devera Santa for his fans!!