Riteish Deshmukh has established himself as one of the premier actors of Indian Cinema in Comedy Genre. He did try his hand in other serious roles but found success in Ek Villain in a negative character. Riteish Deshmukh and Genelia Deshmukh relationship hit tabloids along with his “supposed affair” with Jacqueline Fernandez. Giving rest to all of those relentless rumours, Genelia and Riteish Deshmukh got married 14 years ago and have become social media sensational couple with their sense of humor.

Now, Genelia Deshmukh has decided to make her debut in Marathi Cinema in a lead role besides her husband Riteish Deshmukh. The actor has delivered one of the biggest hits of Marathi Cinema, Lai Bhaari, earlier and now, he has become director of his next one, Ved. Movie teaser has been released by the team on 24th November and it is evident, that they are remaking Naga Chaitanya – Samantha Ruth Prabhu’s Majili.

During the release of Majili, Naga Chaitanya and Samantha were married and that factor added to the film’s success. Ved will also find such success looking at how Riteish Deshmukh presented Genelia in the matured look. Genelia looks completely apt to the role and Riteish Deshmukh is capable enough to pull off such a role too. Here, you can watch the teaser of the film. Movie is releasing on 30th December and has Ajay-Atul scoring music. 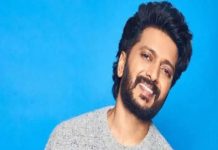 Bollywood star is excited to watch the Pushpa Hindi trailer 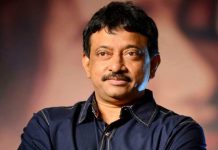 After Prabhas, Bollywood star wishes RGV for his maiden venture