Vaani Kapoor has started her career as a model and she debuted in movies with Yash Raj Films production Shuddh Desi Romance and she has been part of remake of Band Baaja Baarat with Nani, in Aaha Kalyanam. Since then she worked in Hindi films predominantly and she acted in Yash Raj Films productions like Befikre, War, Shamshera. Vaani Kapoor starred in Bell Bottom and Chandigarh Kare Aashiqui in 2021 but both of them, did not work for her as much as she anticipated.

In fact, films like Befikre, Shamshera have been big disasters for her, when she expected them to work for her career much better. Now, Vaani Kapoor is waiting for better scripts and projects to come her way. Meanwhile, she has been active on Instagram for her fans and many like how she maintains her flawless body. Vaani Kapoor looks at her scrumptious best in black dress, here.

It is hard to look away from her, isn’t it? We just hope Vaani Kapoor as many good films as she deserves and her social media presence keeps inspiring many to have good fashion sense and maintain their bodies, just like her. 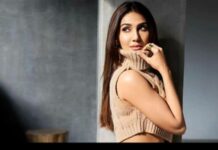 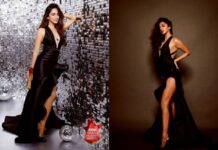 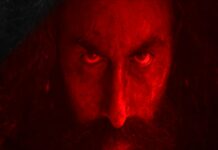